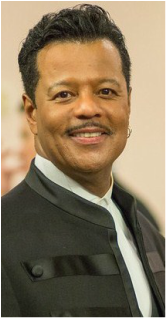 LEAD VOCALIST
Champaign Pauli Carman Grammy Nominated, Multi-Platinum Recording Artist, and Lead vocalist of "Champaign".."How 'Bout Us", "Try Again", "Off and On Love" and all of the Champaign hits were preceded by classic music videos reaching top 5 status across the charts on MTV, Vh1, and BET.  Has appeared on such hit tv shows as Soul Train, Solid Gold, and American Bandstand, as well as the international music show "Top of the Pop" in England; and has toured in such venues as Madison Square Garden, Cow Palace, United Center, Chicago, IL, Sanger Theatre-New Orleans, Epcot Center - Disney World and many others.  Carman embarked on a solo career with hit singles "Dial My Number" and "In The Heat Of The Night."  Carman continues recording "Champaign" hits after hits.  Carman is involved with Mabuhay Foundation,  The Pauli Carman Show, and Member of The National R&B Music Society.
Music is a Healing Aspect of Life!!!  Keep GOD first and stay one with the Universe...
ENTER